Tim Chng is one of the founders of ITASA (Intercollegiate Taiwanese American Students Association), and we’ve known each other since those college days. He is currently documenting the overseas Taiwan Independence Movement on Wikipedia.

I thought I’d invite him on to Talking Taiwan to talk about some of the media attention that Taiwan’s been getting lately, and the project he’s started to document the contributions of WUFI (World United Formosans for Independence) and overseas Taiwanese to the fight for Taiwan’s freedom and democracy.

After a non-Taiwanese friend of mine texted me asking about who Enes Kanter was and why he was speaking up about Taiwan, I realized that it would be a good idea to do an episode about this and other celebrities who have shed light on Taiwan- for good and bad.

Enes Kanter, a basketball player for the NBA’s Boston Celtics, has called for boycotting the Beijing 2022 Winter Olympics and caused quite a stir by tweeting and speaking out about Taiwan being a free and democratic country, and not a part of China. Twitter was all abuzz over this.

I had seen Tim weighing in on the Twitter discussion about Enes, so I thought it would be fun to invite him on to Talking Taiwan to share his thoughts on all of this.

I knew that we’d have an interesting conversation. We talked about Enes, John Oliver, John Cena and even Peng Shuai, the Chinese women’s tennis player whose safety and whereabouts have been in question ever since her post on a Chinese social media platform (Weibo) about being sexually assaulted by a retired Chinese Communist party leader was deleted.

Tim also talked about what motivated him to start documenting the Taiwan independence movement on Wikipedia, and how in a broader sense it is about recognizing the role of Taiwan’s diaspora in the fight for Taiwan’s freedom and democracy during the White Terror era.

If you’re interested in helping Tim with this project you can do so simply by creating a login on Wikipedia, which as Tim said is really quite easy to do, and you can start editing and adding to the Wikipedia pages about WUFI or the Taiwan independence movement. 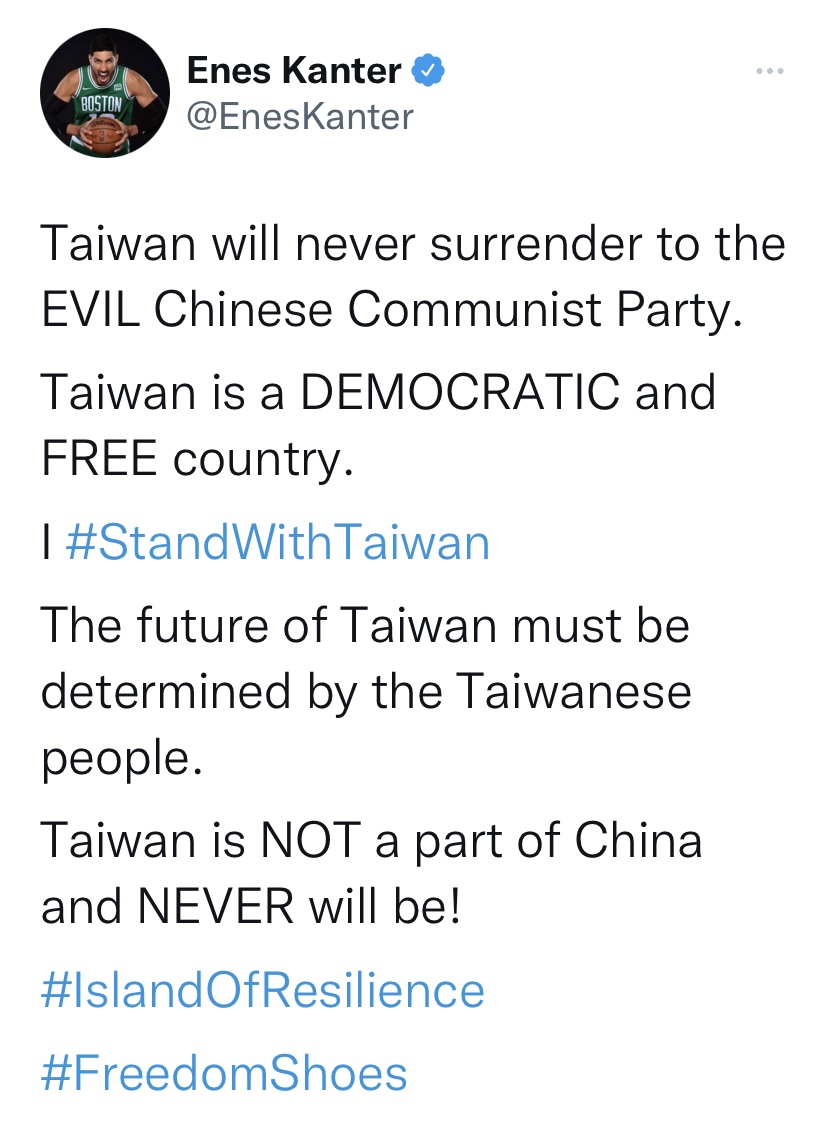 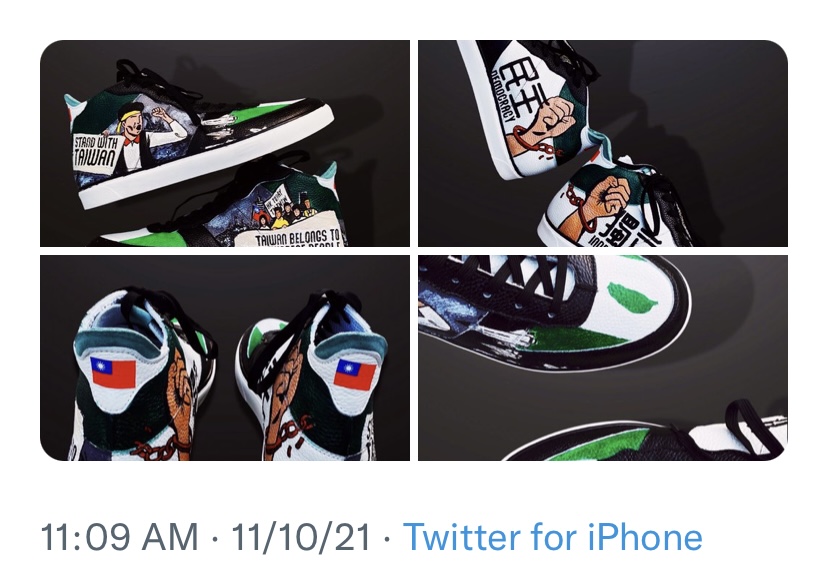 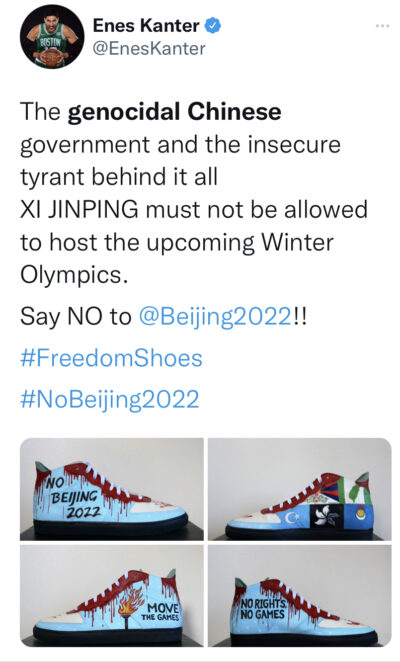 “Who are the Uyghurs and why is China being accused of genocide?” (an article from the BBC News): https://www.bbc.com/news/world-asia-china-22278037

“Transitional Justice Awaits: Taiwan’s 72 Years of Healing” (an article from Ketagalan Media that mentions the death of Dr. Kang-lu Wang and the 72nd anniversary of the 228 massacre): https://ketagalanmedia.com/2019/02/28/transitional-justice-awaits-taiwans-72-years-healing/

The Kaohsiung Incident aka the Formosa Incident (1979): https://www.taiwandc.org/hst-1979.htm

“Peng Shuai accused a retired Chinese Communist Party leader of sexual assault. Here’s what you need to know” (an article from CNN): https://www.cnn.com/2021/11/19/tennis/peng-shuai-china-explainer-intl-hnk/index.html

The Tweet by the China-state affiliated media Twitter account with an email that Peng had supposedly sent to the chairman of the Women’s Tennis Association: https://bit.ly/3xxkFkv

“How A Chinese-Built Highway Drove Montenegro Deep Into Debt” (an article from NPR): https://www.npr.org/2021/06/28/1010832606/road-deal-with-china-is-blamed-for-catapulting-montenegro-into-historic-debt

An article about Lithuania’s support of Taiwan, “Taiwan Angers China With First Europe Office Using Its Name” (from Bloomberg): https://www.bloomberg.com/news/articles/2021-07-20/u-s-hails-taiwan-move-to-open-first-europe-office-with-its-name?fbclid=IwAR2C1R9vUiq_47oA1Aeof9lyFQEohR_2bRTqKPFgBSpC53Z0kKcseJBrIhM

Taiwan Plus (a free English-language streaming service that aims to deliver information, news, and videos that showcase what’s happening in Taiwan): https://www.taiwanplus.com/